From Samsung to Facebook to Google, major brands are investing major time and money into virtual reality. Is your business ready? When the world first got a look at the Oculus Rift back in 2014 the technology was compelling, but the practical applications were not quite spelled out. Fast-forward two years and virtual reality is looking to make a major impact not just in the field of technology, but in the life of the average consumer as well. The effect that this will have on marketing tactics and other business aspects is exciting and difficult to exactly quantify. But one thing is for certain: it’s time to start planning for the future.

Is “cardboard” your answer? No? You’re not alone. In short, Google Cardboard is an inexpensive “device” literally made of cardboard and lenses allow just about anyone to place a smartphone in the cardboard’s holder and become immersed in a virtual environment.

In 2014, Google partnered with the NYTimes to distribute the cheap virtual reality headset to all of the paper’s subscribers. Google also has made a push to put them in the hands of school-age children so they could take immersive virtual journeys to the bottom of the sea or the surface of Mars that bring a teacher’s lessons to life. While the Cardboard headsets themselves aren’t pricey, it is the potential revenue to be gained from Android applications on the VR headsets that have earning potential. Google developers are in the process of integrating the cash cow “in-app purchases” as a part of the VR experience with “look” commands, where you look exactly at what you want to do for a few seconds to select items, leading the way to enable the feature.

While the Cardboard headsets themselves aren’t pricey, it is the potential revenue to be gained from Android applications on the VR headsets that have earning potential. Google developers are in the process of integrating the cash cow “in-app purchases” as a part of the VR experience with “look” commands, where you look exactly at what you want to do for a few seconds to select items, leading the way to enable the feature.

How Virtual Reality is Entering the Household

When Facebook purchased Oculus for $2 billion in 2014, it became apparent that virtual reality was heading for the mainstream. Now in 2016, it looks like it’s finally happening. The Oculus team has announced that the Rift VR Headset will be made available for consumer purchase in 2016. As a new and exciting technology, however, the Oculus Rift does not come cheap. The Oculus bundle comes with the headset, headphones, and a few other goodies, but the kicker is that a PC powerful enough to support this type of technology is mandatory. So in addition to the ~$500, you’ll spend on the Oculus bundle, a lot more will probably need to be spent in order to get the full experience. This shouldn’t be too much of a deterrent for Oculus because many of the people interested in their technology, such as gamers or tech developers, will likely already have the means to use it.

Even so, sometimes the cost is worth it. Oculus has also developed the technology to help prepare people for unforeseen tragedies such as earthquakes or floods by immersing people in a simulated disaster situation. Leaping from traditional books, guests speakers, and videos, the idea for VR is to give people as much “experience” as possible in handling real-life crisis situations so they are better prepared when facing the real thing. You can even practice public speaking in front of large audiences if that is a fear you’re trying to overcome.

Oculus, however, will not be alone in releasing VR headsets to be used alongside computers. Both HTC and Sony have been working on projects of their own, which have unique aspects that might be able to attract consumers. The HTC Vive is to be released in partnership with Valve, the organization behind the massive Steam digital game distribution system. Gamers and technology enthusiasts who already use Steam will be likely to already have the computer components necessary to support VR, making HTC a likely choice for them. Also video game realm, Sony is releasing the PlayStation VR to be used in conjunction with their PlayStation 4 console system. No computers necessary – simply plug your VR headset into the console and start playing. Or, just utilize the apps made for the headsets for an even easier gaming experience.

From Rollercoasters to Operating Rooms

What’s really interesting about the birth of VR technology is the different ways it can be implemented. Virtual reality entertainment is an increasingly growing sector. Six Flags has partnered with Samsung to provide a virtual element to their rides that will bring a whole new type of excitement to rollercoasters. Thrill-seekers will strap on a VR headset at the beginning of the ride and fight “bad guys”, similar to the way any video game is constructed, as they speed and loop through the track. One company has created a huge virtual amusement park while another has developed the world’s first virtual reality city.

Another way in which VR is being implemented is to train new employees at a variety of occupations. At the Royal London Hospital, for example, surgeons wearing VR headsets will live stream an operation to medical students. As the students view the procedure, they will also be able to ask the surgeon questions in real time. Thi 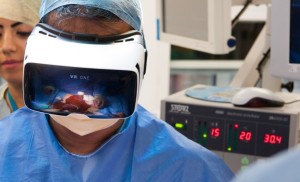 s kind of direct interaction with real procedures is groundbreaking in the medical field, and will allow students to learn in ways previously thought to be impossible.

Virtual reality is also entering the world of sports. Professional and college athletes alike are using VR to study game tape from a more dynamic point of view. In Wisconsin, the Janesville Police Department is using virtual reality in the training of new officers. VR can simulate high-pressure situations that police officers might encounter on the job, and force them to act quickly. For athletes and police officers, learning how to react quickly in difficult situations can be critical. Virtual reality is making this kind of training a possibility.

From an educational standpoint, virtual reality is also changing how people operate. The American Museum of Natural History has partnered with Google to launch virtual reality visits. Soon, students will no longer have to forego an incredible field trip because it’s too expensive. Adding to that, even Disney has implemented a VR approach to their Dalí Museum. After museumgoers have viewed a painting in real time, they can put on their VR headsets and literally step into a Salvador Dalí painting.

As great of all of that is, it doesn’t even account for what is said to be the next step after VR: augment reality. Arguably the bigger game changer augmented reality will marry virtual reality with reality, overlapping the two worlds so as you look at your real environment you are able to see virtual elements embedded within it. Virtual reality blocks people from actual reality, thanks to headsets. Augmented reality differs by overlaying digital information on top of what people are actually experiencing. Imagine turning to your right and all of your downloaded apps are floating mid-air. As you either look at or touch one, a giant Words with Friends board pops up and awaits your next move all the while you can still see your actual surroundings. Check out Microsoft’s incredibly exciting Hololens. Though it’s still a few years away, it holds a lot of potential for the future of how people interact with both worlds.

There seems to be no end to the possibilities for the use and growth of virtual reality as more and more apps are developed. Oculus and Sony are taking a more wired approach, pairing the VR concept with immobile video game consoles and computers. Then there is Google and Samsung, whose approach is more concentrated on mobile users and cell phones. Soon, the way people use Apple’s App Store and Google’s Play Store to casually download apps to their smartphones may transform to where using VR app stores become more standard — think of the leap from physical CDs to the digital world of mp3s and how odd it feels to use CDs now. At the rate virtual reality is growing, we stand at the edge of a technological breakthrough that looks to have a real impact on people’s lives.

How can your company use this upcoming technology to better connect with customers? Real Estate agent? True virtual reality tours where prospective buyers immerse themselves in the homes you’re selling before even leaving bed will soon become standard. Car dealer? Let customers feel the thrill of racing down the road while in the driver’s seat for some of your sportiest or latest cars. Videographer? Set up a virtual movie theater to showcase your reel like an opening premiere. There are countless ways you’ll be able to use this technology. To get started, all you need is a little imagination and time to write down some ideas. See the additional reading below to help get the juices flowing.

Why Brands Need to Let Go to Gain Control 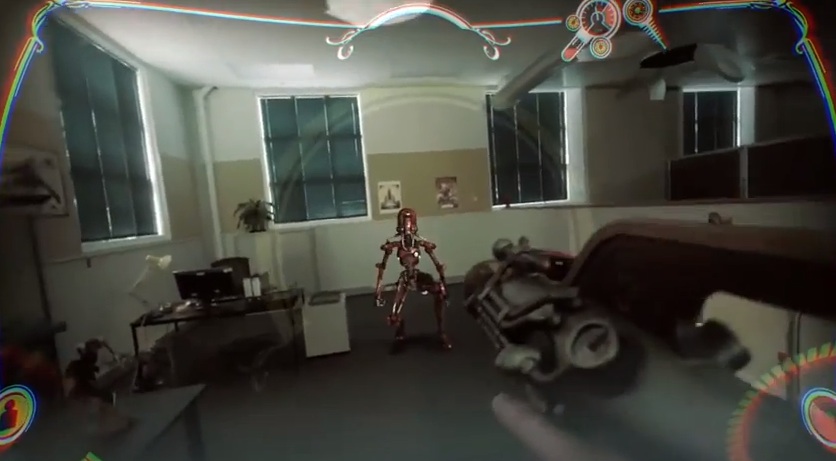