In case you’ve been living in a galaxy far, far away, there’s a highly anticipated Star Wars movie coming out December 18 (earlier if you were lucky!).

Meanwhile, back on earth just about everyone has been well aware of the upcoming release for Star Wars: The Force Awakens for quite some time. There’s good reason for it: Marketing.

The buildup began in 2013 when Disney dumped $4 billion into the vaults of George “Scrooge McDuck” Lucas when it purchased Lucasfilm along with the rights to the Star Wars franchise. The new film, which reportedly cost $200+ million to produce, is already a certified Hollywood blockbuster. And what usually comes with those? Massive marketing budgets. But this film is no ordinary mega flick.

Star Wars comes with great expectations, especially with the three previous films bottoming out between 1999 and 2005. Experts say this film needs to make at least $1.5 billion to be successful, so Disney executives had a very difficult time deciding just how much money to pump into its marketing campaign. Should Disney spend the $100+ million budget that is typical of global advertising campaigns for major movies like this or less?

Its success could quickly justify the company spending the equivalent of Fiji’s GDP in acquiring Lucasfilm. Or, more unlikely but still possible, it could torpedo the whole thing. That’s why they smartly signed J.J. Abrams, the highly successful director of the recently rebooted Star Trek franchise and other blockbusters, to pilot the film.

Return of the Investment

Star Wars: The Force Awakens has become so highly anticipated by the franchise’s fan base over the last two years it seemed traditional advertising may actually be unnecessary. It makes sense since this will be the first Star Wars film in over three decades to feature classic characters such as Luke Skywalker, Han Solo, and Chewbacca—something that has awakened a nostalgic force in fans not felt since the release of the original trilogy in the late 70s and early 80s.

Disney ultimately decided to spend less on marketing and instead chose to rely more on alternative methods such as fanvertising, coverage (like this blog post), merchandising and, oh yeah, enormously profitable co-branding opportunities with other entities looking to cash in on Star Wars fever. Just fyi… The Force Awakens is estimated to create a $8 billion windfall for Disney over the next year, which includes $1.95 billion at the box office and a whopping $6.05 billion in merchandise sales! For partner brands, it’s not always the case .

Incredibly, this movie may very well be one of the rare ones to cover most or all of its production costs entirely through co-branding opportunities. Brands looking for a quick bump in sales or higher awareness have latched onto the hype in some form or fashion, which makes Disney’s job significantly easier. It increases the reach of the movie’s marketing campaign without the company having to spend a dime or do much work. Disney will have to send Christmas cards to Wal-Mart, Verizon, General Mills, Proctor & Gamble, Electronic Arts, Nestle, and Facebook.

The Tie-Ins Strike Back

The avalanche of tie-ins over the last few months has been head spinning—some a natural fit while others raise an eyebrow. You’ve come across several of the unique cereal boxes, cars, games, phones, and makeup, even if you weren’t looking for them.

Star Wars paraphernalia is everywhere. Even the world’s most visited website, Google, got in on the action by unveiling its “Awaken The Force Within” feature that subtly changes things throughout the Google universe, such as lightsaber visuals and sounds on YouTube and Gmail, a Chrome extension that let you choose between the Dark Side and the Light Side whenever opening a new tab, another extension that blocks all Star Wars spoilers, and even a desktop browser game that turns phones into lightsabers.

A lesson here for businesses both small and big to remember is that the key to any sponsorship is getting the right match between the product and the co-brand. The more sense it makes, the more likely it will benefit the business. For instance, Verizon partnering up with Star Wars makes sense in that both brands have a focus on technology and the fans and customers have a lot of overlap. The connection between the two is one of the natural fits discussed earlier. Covergirl makeup? Now that’s a stretch.

If your business is looking at co-branding opportunities, here are a few things to consider:

• What’s the cost? Benefit? Is it worth it?
• What are your goals/hope to achieve?
• Will it make sense to your customers or will it appear random?
• Does the other brand align with yours? …Unlike Lego and Shell’s recent disaster.
• Is there potential fallout from partnering with the brand? Like Nike dropping Michael Vick for running a dogfighting ring.

Check out these Benefits and Drawbacks of Co-Branding

The Force is With These

Tie-ins and co-branding with movies can be strange, clever, just for fun or anywhere in between. Here are some connections brands have made with Star Wars: The Force Awakens. Click each image for more specific information.

APPrehensive Branding: Should Your Business Build a Loyalty App or a Loyalty Program? 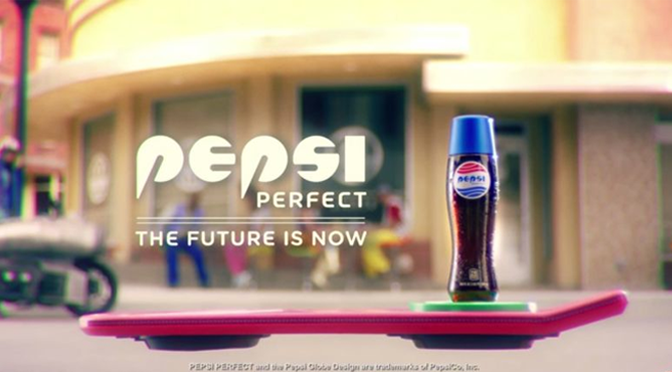